Indonesia seems to be gradually promoting financial inclusion clamoring to reach 75% in 2019. The digitization of financial services and social assistance have contributed to increasing financial inclusion rate to 65% in 2019, thus failing the government target of 75%. All in all, the situation in Indonesia does not appear to be desperate, unlike the other countries of the ASEAN region.

The benchmarking analysis of financial inclusion in the region is indicative of a better nation’s position in this respect as compared to, for instance, Vietnam (31%), Myanmar (26%), Cambodia (22%), the Philippines (34%). However, there is much to be done to increase the penetration of financial services in Indonesia.

Singapore’s experience has made it clear that it is possible to improve financial inclusion by catalyzing mobile financial services. The mutually beneficial partnership of financial institutions and telecommunication companies is sure to reveal the solution to the issue. To meet the challenge, let’s explore the potential of these two market players.

The country has a rather developed telecom structure for mobile services. The mobile networks cover 91% of Indonesians. The major players in the mobile networks market are Telkomsel, XL Axiata, Indosat Ooredoo.

Telkomsel is the first, largest, and most important telecommunication company in the country (about half the mobile market share) providing GSM, 2G, 3G, and 4G around the whole Bali and Indonesia. Locals and foreigners choose Telkomsel over the other mobile providers due to its customized alternatives and reasonable pricing.

When compared to the market share of any Indonesian telecom company, it is clear that the mobile providers are able to reach the client a lot better. The solution to this problem seems to be simple and easy – reaching the unbanked client through a telecom.

The largest part of mobile payments users are low-income residents making up a share of 49,2%. This reaffirms the fact that low income is not associated with financial exclusion, making this population segment attractive for financial institutions.

The most popular e-wallets in Indonesia are Ovo, GoPay, Dana, LinkAja, ShopeePay, Jenius, Moka, Xendit. The study shows that 58% of Indonesians give preference to Ovo, 23% favor GoPay, 6% – Dana, and 1% – LinkAja. The remaining 12% of the respondents like to pay by cards (Flazz, Brizzi, Mandiri E-money).

The above-mentioned e-wallets predominately offer B2C services – they do not differ significantly being used to store e-money, make digital transactions, pay for bills, and purchase e-commerce and digital goods.

The way to ramp up financial inclusion in the country

There are two global ways to trigger financial inclusion:

▪ financial inclusion led by the bank

▪ financial inclusion led by the telecom

The first type of financial inclusion implies employing banks (rather than telecoms) to have commercial entities increase banking penetration among the unbanked population. Indonesia is on this track so far. There are rather tight restrictions on the part of the government trumpeting the necessity of promoting financial inclusion in the country while at the same time hindering MFS development. In contrast, telecom-led financial inclusion is a worldwide practice used in the overwhelming majority of countries. Telecom companies, with their overarching market shares and a great customer base, are supposed to collaborate with financial institutions, assuming the function of client acquisition.

To increase financial inclusion, Indonesia needs a wallet platform or WaaS (Wallet-as-a-Service) delivery model able to team up with merchants as well as to build a mutually beneficial partnership with both telecom companies and financial institutions. Until then, it is appropriate to focus on the existing tools of this kind, like wallet platform.

Wallet Factory is going to provide the client with a white label eWallet app, integrating banks (with their functions), telecoms (with their big customer base), and merchants into a coherent whole, offering B2B, B2C, and P2P technologies.

WaaS or wallet platform is far from just being a mere eWallet. Rather, it is an enhanced integrated framework offering a comprehensive technical solution (enterprise-grade platform) as well as providing and supervising the client’s business development.

It is a powerful wallet platform that enables a bank to ensure the most efficient client outreach, generates profits for a telecom, and contributes to a merchant’s business development.

Indonesian market, however, cannot as yet boast of having such an digital wallet solution. Therefore, the battle for a cashless financial system is far from being won, as the nation’s economy is still cash-dependent and needs further digitalization. 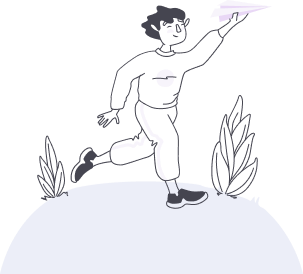 Stay updated with our latest articles,
subscribe to our newsletter